In response to a campaign promise made by the Presidential Candidate to legalise Okada operations in Ghana when voted into power, Mr. Kumah said the idea wasn’t thought through and will cause the country more harm than good.

Reacting to the issue on Angel FM monitored by newslinegh.com, he alluded to the fact that Nigerians have stop operating the Okada business due to the harm it was causing the country.

“Nigerians who coined the word OKADA, have banned its operations, Okada is banned in Nigeria as we speak, because they have realized that its consequences are dire on the populace. President Mahama is too shortsighted”. He emphasized.

Ahead of the upcoming general elections in December, Mr. John Dramani Mahama, has promised to Legalise the operations of motorbike (Okada) when voted into power. 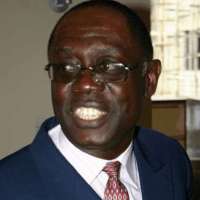