Member of Parliament (MP) for Talensi Constituency, Hon. Benson Tongo Baba, has called on the government to create policies that would be favourable to cater for the welfare of prisoners and prison officers.

He expressed disappointed on how Prisons in Ghana are gradually shifting focus on its core mandate of reforming inmates, rather, being used as a dumpsite for keeping offenders.

He reiterated that the Prison is not a landfill for wrongdoers, but a reformation center; a place where inmates are trained to become good citizens in society.

The government, He said, needs to consider four thematic areas in the budget regarding prisons and inmates.

The Talensi Legislator made these remarks on the floor of Parliament, during the just ended debate on the 2020 budget and financial policy.

He outlined the four thematic areas that needs to be considered for the welfare of prisoners in Ghana.

The four areas includes the “Welfare of prisoners in terms of provision of medical care and facilities; their feeding (government helping them to have a three-sqaure meals); clothing and bedding; as well as accommodation”.

Reiterating that for the emergence of transfer and justice for all system, the population at Nsawam might have reached Four Thousand (4000) by now, emphasizing the need for inmates to be separated.

“We need to separate inmates: since that is what the prison terms demands, because if you fail to separate them, some first grade offenders may turn to engage those with minor offences. And that will make them return to their old act when they are freed”. He suggested. 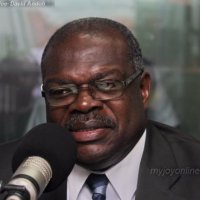