I am no prophet of doom, I am a realist. My predictions are based on current trends of television viewers, their viewing habits and their taste for fine quality programs.

Like many in my generation and before, we all grew up knowing just one Television Station, Ghana Broadcasting Corporation (GBC), as it was known then.

As children, we were overjoyed to watch some of our favourite programs then including Koliko, Avenue ‘A’, Villa Kakalika, Osofo Dadzie and others.

GBC led the way with the development of authentic Ghanaian content. Later on, others such as Obra, Ultimate Paradise. Inspector Bediako became firm favourites.

The June 4, 1979 coup brought content development to a screeching halt. Many producers took a back seat, students went out in support of the revolution and others who didn’t have the heart to stay fled to neighbouring Nigeria in search of greener pastures. Those were difficult times for the National Broadcaster.

Soon, Dr, Hilla Limman was elected and many could breath again. The dormant Ghana Film Industry had just started to wake up from its slumber.

GBC shrug its flight wings and taxied, ready to fly again. Both were rudely interrupted again on December 31, 1981. GBC’s flight was grounded. The film industry dragged itself to bed and producers and production houses went off to bed again.

Cinema Houses closed and the entertainment industry found a graveyard somewhere to rest in peace. The exodus was massive. Every opportunity a person had to leave Ghana was taken.

GBC must be congratulated. It stood by Ghanaians. It performed its duty. The staff were under constant surveillance and the watchful eye of the military. GBC was a fortress.

There were guns and tanks everywhere yet with dedication, love of the job and unbelievable grit and grind, Television viewers were kept glued to their seats.

Let me not bore you with History. Fast forward to 2019. There are many free to air television stations. There are over seventy licensed and unlicensed digital channels.

It will interest you to know that Ghana has an estimated television viewing public of about eighteen million people. This is about 60% of Ghanaians. The proliferation of Television gives viewers a choice.

The reality is that no one can fault GBC for not providing the content we yearn for.

Past Governments failed to insulate GBC in the wake of opening up the air space for new Television Stations. We gave out licenses without assessing the implication it would have on the National Broadcaster.

In the United Kingdom with a viewing public of almost 60 million people or 95% of the UK population, there are only five main stream TV Networks. Other regions also have their own regional networks. All the other networks are cable networks.

The BBC is protected both by law and by the issuing of licenses. Not so in Ghana. Like everything else when we open our doors, we allow everything including the junk to come through.

DTT is good but we should have allowed the existing free to air analogue channels to be fully compliant before we opened up to others. We could have given them the much-needed support to sort out their digital issues to ready them for the transition.

I do not even want to go into this DTT matter for fear of opening a can of worms. Maybe I will do so another day.

Truth be told, why do we still have several unlicensed channels operating? Is the NCA blind to these unauthorized channels? Who is regulating these channels? Who is responsible for the content they put out? Who audits their books? Who watches over copyright issues? I have too many questions to ask.

Apart from being a dumping ground for cheap content brought in from certain places around the globe, we are ‘thieves’ too. Stealing content that belongs to others and showing them on our platforms as if they belong to us.

Yet the NCA sits in its glittering tower offices in the plush Airport City without saying anything. We profess to build a better Ghana, we profess to want people to ‘See Ghana’, ‘Wear Ghana’, ‘Eat Ghana’ and so on yet we forget to ‘Think Ghana’ and ‘Create Ghana’

In Nigeria you CANNOT show those Telenovelas on TV. You dare not… You will be shut down. Here we are taking in everything foreign, everything western, everything overseas and forget our own.ifnd we are a very happy bunch doing so.

I doff my hat to Kwame Despite for starting something we thought was not possible. A local TV platform. Even though the plot has been lost in my opinion by UTV, at least, he started a TV revolution and must be commended.

Others have followed his lead and are also doing what he did. Media Owners must understand that the business of Television is a serious one. It is not about you the owner, it is about the viewer.

Viewers will hook on to your network, if you give them what they yearn for. They will still watch you if you force to feed them with junk.

Be prepared, however to die a slow death because the junk you feed them with will either kill your network or make it limp on one leg.

I love TV3 for one reason. They created a niche for themselves in reality programming and stuck to it. They do not profess to be the best but we know that when it come to reality programs in Ghana, they are the best.

No one can beat GTV for authentic news. As old as she may be, with a little tweak here and there, GBC will overcome all odds. She still gives us the authentic Ghanaian content she creates. Top Talk Shows, Drama in local languages and off course the News at 7.

Metro was loved for Sports. They need to return to their first love. They have changed a great deal. The look and feel of the station is better, the visuals are clearer and they have some really good content. Two programs stand out for Metro TV, Good Morning Ghana and Good Evening Ghana.

So, what about all the others? TV Africa needs a wake-up call. Within three years, many of the digital stations will fold up because they lack content.

My advice to all Media Owner.. “stay off and allow professionals to help you run the show. Don’t expect returns within the first five years of operating”.

The pot from which all stations draw, the advertising pot is becoming smaller each day. Advertisers are looking for new ways, new thinking, new content. Not the rubbish we import and certainly not the pirated content we show.

The NCA needs to start biting. You are the regulator, not the dinner partner. Clean the system and allow for some decency to take hold of our screens.

I cannot fathom why we all sit quietly and think all’s good. Some will say that foreign content is cheap and easily available, maybe that is true but if we do not empower local producers to provide good quality local content, we risk losing out in the long run.

Many countries developed on locally produced content. Nigeria is a classic example of how local content can transcend borders and sell the country to the world.

We have to as a matter of urgency do same with TV Content production in Ghana. 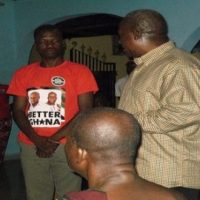 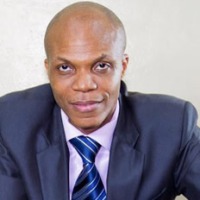