A member of the Parliamentary Select Committee on Communications and Member of Parliament for Ningo-Prampram, Hon. Samuel George Nartey, has indicated that subscribers of AritelTigo, who have been affected by poor network service of the telecommunications company should make a written formal complaint to the Communications committee for intervention.

He stated that the only way the committee can take up the matter of poor service delivery of the telecommunications company is an official complaint from the subscribers, addressed to the committee for an action.

In an interview with http://www.newslinegh.com, Hon. Sam George pointed out that Social media complaints are not sufficient grounds for the Committee to be activated.

“We need physical complaints so that we can call the network service provider to order. I am urging the affected people to put together a short letter and address it to the Chairman of the Communications Committee.

I want all affected subscribers of AritelTigo by the irregularities of the telecommunications company, to make a formal complaint”. He reiterated.

The Ningo-Prampram Lawmaker further added that if the Committee is given official complaint, AirtelTigo, National Communications Authority (NCA) and the Ghana Chamber of Telecommunications (GCT), would be summoned before the Committee for deliberations.

He established that the Communications Committee has sanctioned some telecommunications companies before, when some people raised an issue of poor call quality and ratings.

“We need to call the telecommunications company and ask them about the challenges and also question the regulator whether there are sanctions for poor service quality”. He ended.

Background of the issue

Hundreds of AirtelTigo customers stormed the Ring-road office and some other offices of the company in Accra over poor network quality on Tuesday, September 25, 2018.

According to the authorities of the company, the consolidation works in the regions of the country is the main contributory factor to the network interruption.

AirtelTigo has commenced preparatory work towards the network integration and upgrade in the Western, Central and Greater Accra regions which, will be completed in October 2018. 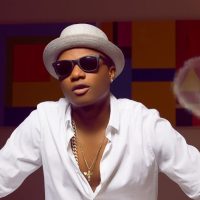