Eleven Accused persons who have been arraigned before court for stealing Gh¢326,120,000.00 from the Universal Merchant Bank have been granted bail.

The Court presided over by Her Honour, Jane Harriet Naa Akweley Quaye, added that the foreigners amongst the Accused persons, should deposit their passports and an I.D card, at the court’s registry.

The Accused persons and seventeen others who are at large, are facing charges of conspiracy to commit crime, to wit stealing, and stealing.

In the month of July, 2018, a group of people including some of the Accused persons, are alleged to have opened eighteen accounts in total, with the Universal Merchant Bank (UMB), secured Visa cards, and applied for the activation of internet and mobile banking. They also allegedly secured new sim cards for the purpose of stealing from the bank.

The facts as presented by the Prosecutor, indicate that in the midnight of 22nd July, 2018, the Accused persons hacked into the banking software of the bank and debited a total of GHC 326,120,000.00 from the bank’s income surplus account, and debited same into the eighteen accounts that they opened.

Investigation revealed that between the midnight of 22nd July, 2018, and the morning of 23rd July, 2018, a total of GHC 1,900,000.00 was withdrawn from the eighteen accounts via visa card and mobile money transfers to 26 beneficiaries.

The Bank was alerted and measures were taken to block the attack.

Four of the Accused persons who visited the bank on 24th July, 2018, to cash the remainder of the monies in their accounts (when they could no longer use their visa cards), were arrested.

The 11th Accused in this case, Chris Chukwuemeka, who is on the run, together with the 6th Accused, Stephen Kofi Tampuri, are alleged to have engaged the services of Michael Nana Yaw Adumako- Kuffuor, Joseph Marinony(who was absent in court), Chief Kingsley Chidebere, Goodluck Otada, Rahman, Evans Selasie Ettoh, to withdraw the balance of 10.2 million dollars that was credited into his (Chris Chukwuemeka) account.

They are said to have withdrawn Gh¢ 278,000 before police intelligence could close up on them. 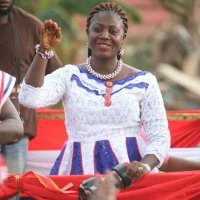