Parliament has approved a sum of €22,500,000 United Kingdom Export Finance (UKEF) Facility and €4,782,541.31 Tied Commercial Facility Agreements between Ghana and the Deutsche Bank AG of London to finance the completion and rehabilitation of the Bekwai Hospital.

Chairman of the Finance Committee and Member for New Juaben South, Dr. Mark Assibey Yeboah, has indicated that the Bekwai project was stalled in 2012 due to inadequate funding.

He pointed out that Parliament approved a commercial contract and credit agreements for the project in 2016, and upon the approval, Delcredere Ducoire of Belgium withdrew its guarantee cover that allowed the Deutsche Bank to fund the project.

Dr. Assibey-Yeboah disclosed that Delcredere Ducoire has been replaced with United Kingdom Export Finance (UKEF) through additional efforts by the government to complete the Bekwai District Hospital.

The Finance Committee’s report on the loan facility agreements

The objective of the project is to facilitate the completion and equipping of the Bekwai Hospital as well as supply and install related modern medical equipment.

Under the Terms and Conditions of the UKEF Facility Agreement, the total amount is €22,500,000, which includes an estimated insurance premium of €3,205,550.
Interest rate on the facility is 1.90 percent per annum and the commitment fee per annum is 1 percent.

On the benefits of the project, the completion of the hospital would help ease pressure on the old Bekwai District hospital and enhance healthcare delivery in and around the municipality.

The project also focuses on the supply and installation of medical and non-medical equipment.

External works will again cover landscaping and parking lots. The project will further focus on providing a twelve unit staff accommodation for the hospital.

The report indicated that the Bekwai Hospital project is expected to be completed within 24 months. 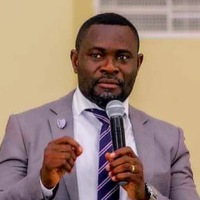