Chairman of the Constitutional, Legal and Parliamentary Affairs Committee, and Member for Offinso South Constituency, Hon. Ben Abdallah Banda, has indicated that the amendment of some clauses of the Legal Aid Commission Bill, 2017, will help in ensuring the effectiveness of the Bill.

According to him, He foresees positive changes in the Legal Aid Commission bill, after a thorough scrutiny of some Clauses which he believes will ensure its effectiveness.

Hon. Abdallah Banda made this revelation on the floor of Parliament when presenting the committee’s report for final consideration and amendment.

Ranking member of the constitutional, Legal and Parliamentary Affairs Committee and member for Tamale Central, Hon. Inusah Fuseini, on his part also pointed out that, the powers vested in the commission should be able to perform its task without any unwarranted interference.

Parliament unanimously accepted and successfully passed the Legal Aid Commission Bill, 2017, after an hour deliberations to ensure proper passage of the bill.

The purpose of the Bill is to revise the Legal Aid Scheme Act, 1997 (Act 542) to establish the Legal Aid Commission in providing legal aid and other legal services to individuals in accordance with Article 14, 17 and 294 of the Constitution.

Since the passage of the Legal Aid Scheme Act, 1997 (Act 542), several changes have taken place in the access to justice and international legal aid delivery practice. The changes are not reflected in the Act and it has created gaps in enforcement.

In order that the Act reflects the trend in current international legal aid practice, there has been the need to revise the Act, taking into consideration proposals from diverse sources including consultations in a five-year strategic plan for the Legal Aid Scheme, various civil society groups, traditional rulers and faith based organisations. Legislation from other Commonwealth jurisdictions like Australia and South Africa influenced the revision. Various resolutions of the Ghana Bar Association on its commitment to provide legal aid as a social responsibility have particularly informed the recommended changes to the provisions on legal personnel of the scheme.

Other changes to the Act have been necessitated by the White Paper on the Report of the Constitution Review Commission of Enquiry which was published in June, 2012. The White Paper indicated the acceptance of the Government of the recommendation of the Constitution Review Commission that the Legal Aid Scheme be established as an independent constitutional body and funded in the same manner as other independent constitutional bodies. The Legal Aid Scheme is to be established as a Commission with some measure of autonomy.

A sound legal framework for the provision of legal aid will benefit the poor and vulnerable and ensure the achievement of liberty, equality of opportunity, freedom and justice as well as the protection and preservation of fundamental human rights and freedoms as stated in the preamble to the Constitution.

The Bill seeks to provide workable guidelines to access legal aid. The Bill also introduces the option of Alternative Dispute Resolution in granting an application for legal aid.

Furthermore, regional and district offices and community meditation centres are provided to deliver legal aid where it is most required. The conditions of service for the legal and other staff of the Commission are also a new feature introduced by the Bill. 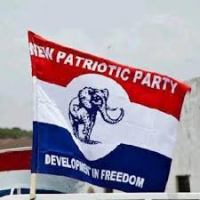