The news of his death has shocked many Ghanaians including supporters of opposition National Democratic Congress.

Below are 13 notable things about Amissah-Arthur…

He was a Ghanaian economist, academic, and politician who was the sixth Vice-President of Ghana, in office from 6 August 2012 until 7 January 2017, under President John Dramani Mahama.

He was sworn in as Vice-President on 6 August 2012, following vetting by the Parliament of Ghana.

He was nominated by President John Dramani Mahama to be the Vice-President a week after Mahama himself was sworn in after the demise of former President, John Atta Mills on 24 July 2012.

Prior becoming the second gentleman of the land, Amisah-Arthur was Governor of the Bank of Ghana from 2009 to 2012.

He completed his secondary education at the Mfantsipim School, where he obtained the GCE Ordinary Level in 1969 and the GCE Advanced Level in 1971.

Amissah-Arthur was a research assistant at the Institute of Statistical, Social and Economic Research between 1974 and 1975.

He later joined the Economics Department as a teaching assistant from 1977 to 1978, going on to become an assistant lecturer in 1979.

He was a Christian and was known to worship at the Calvary Methodist Church at Adabraka in Accra. 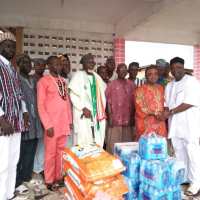