As Gov’t moves to set up mission in Libya

The Minister of Foreign Affairs and National Integration, Shirley Ayorkor Botwey has descended heavily on Ghanaian individuals who have assumed the notoriety of being ‘Ghetto Leaders’ in the infamous Libyan slave trade saga, warning that they should mend their ways and make necessary amends “since the curve of justice is certainly turning against them”.

She indicated that, Ghetto Leaders who are mostly Ghanaians have set up camps/ghettos along the routes on the desert to Libya, and these elements operate in collaboration with their partners in Ghana.

She added that per their mode of operation, they force migrants to call their families at home in Ghana, and the family directed to contact their agent in Ghana to settle some indebtedness, after which the migrant is released to continue the journey to the next town.

She revealed that, in the event where there is non-compliance or delay of their demands, the migrant is tortured and the abusive act recorded on video and sent to the person’s home in Ghana to force them to make payment.

In the event of non-settlement of the indebtedness, the particular migrant is then sent to Ben Wahlid, another city in Southern Libya and offered for sale to those in need of cheap labor.

Answering questions on the Floor of the House in relation to the state of affairs regarding the infamous Libyan human trafficking and slave trade which shook the world last year, the Minister indicated that, a stakeholder meeting was held involving all the institutions and agencies in this matter and a fact finding team subsequently sent to Libya on the recommendations that came out of the meetings.

A five member committee was subsequently sent to Libya between 5th and 10th February, 2018 involving members from the Ministry of Foreign Affairs, Ministry of Interior, the Research Department of the Ghana Immigration Service and the Ghana Immigration Service itself, with the team interacting with and facilitating the return of seventy two (72) Ghanaians on their visit.

It would be recalled that, in October 2017, there were media reports of alleged sale of African migrants as slaves in Tripoli and other parts of Libya; which report was supported by a video footage obtained by the American Cable News Network (CNN).

In the said video, a male voice, allegedly identified as the auctioneer could be heard shouting out the price tags for migrants who had been put on sale.

The Minister further revealed that, Ghanaian residents in Libya were estimated to be between ten thousand (10,000) and eighteen thousand (18,000), with a sizeable number being legal residents.

The regional spread of Ghanaians in detention included 16 people from the central region (highest number) detained, 15 from the Brong Ahafo Region, 11 from the Western Region, 9 from the Ashanti Region, 8 from the Northern Region, 6 from the Greater Accra Region, 4 from the Upper East Region and 3 from the Eastern Region respectively.

She therefore took the opportunity to advise Ghanaians to desist from the temptation of embarking on such perilous venture, which in almost all cases do not end well.

In a further development, the government is in the process of re-establishing Ghana’s presence in Libya to oversee the welfare of its citizens in addition to other bilateral engagements, and that cabinet has given approval for same, the Minister added.

Similarly, permissions have been granted for the establishment of consulates along the main routes used by the migrants. 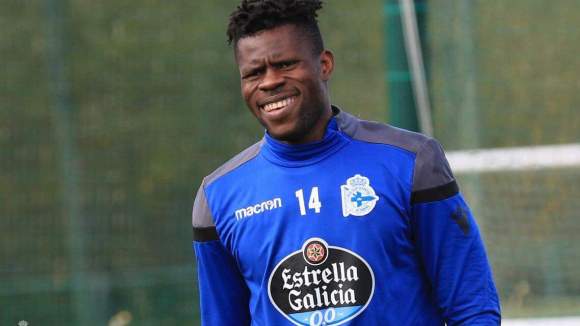