The Auditor General of Ghana has revealed that the Petroleum Commission used the Oil money of the Republic to train persons for the oil industry in areas that are not useful and beneficial to the nation.

This was made known in Parliament on Thursday January 25, when the Public Accounts Committee of the House through its chairman, Dr James Klutse Avedzi presented its report on the Performance Audit Report of the Auditor General on the Implementation of Local Content in the Oil and Gas Sector in Ghana.

Throwing light on the revelation, the Chairman of the Committee indicated that “whilst huge sums of monies were spent in training Ghanaians on courses in the Oil and Gas field, the amounts were used in training management personnel, rather than training technical level personnel needed by the industry”.

He added that there was a mismatch, and that “whilst the industry needed technical personnel, monies were rather used to train management personnel. In that vein, most of the funds were used to train personnel for jobs that are not available.

He therefore recommended that going forward; monies should be directed to the training of people to areas that would be beneficial.

The report which was not readily available as a result of which vital detail could not be accessed revealed that the Petroleum Commission identified this lapse and later were in talks with Technical Universities and Polytechnics to train people in areas that are useful to the industry.

According to him, there were plans by the Commission to place Ghanaian graduates in internship with the international industry players, and resultantly about One Hundred and Fifty (150) individuals were placed on internship at most International Oil Companies in Ghana here.

He indicated also that, there is a program to be embarked by the Petroleum Commission in collaboration with the International Oil Companies in Ghana and the Universities to train skilled and vocational personnel to be in the lower end of the industry.

In addition, there were stakeholder collaboration between the Commission and industry stakeholders like the Ghana Ports and Harbors Authority, the Immigration Service and others to make sure that jobs that Ghanaians have the expertise in would not go to expatriates.

In general, he indicated that the Auditor General’s report was satisfied with the work of the Petroleum Commission in relation to the implementation of the Local Content regulation, adding that it was observed that most Ghanaian companies lacked the capacity to compete with their foreign counterparts when it comes to the procurement of petroleum equipment, and even the money to compete.

The Public Accounts Committee also recommended that the Legislative Instrument (LI) that enjoins the Petroleum Commission to establish a Petroleum Fund should be enforced in order to enable Ghanaians businesses become competitive in the industry.

Hon. Kofi Agyekum. Member of Parliament for Fanteakwa South seconded the Motion for the adoption of the Report of the Committee, adding his voice for the call to implement the Local Content regulation to the later.

Contributing to the issue on the Floor, Hon. Dr. Clement Apaak, Member for Builsa South, Hon. Armah Kofi Buah, Hon. Sam George, Member for Ningo Pampram and Hon. Kwabena Okyere Darko-Mensah Member for Takoradi, bemoaned the level of neglect of the Local Content regulation by stakeholders and called on authorities to ensure compliance.

They individually called for the fast tracking of the guidelines for the implementation of the Local Content regulation, to aid monitoring.

In addition, Dr. Clement Apaak also called for sustained skill and capacity enhancement of local companies in order to enable them become competitive on the market, adding that most of the local companies have had to import their materials and products to meet demand, a case which is detrimental to them.

He revealed also that, most of the indigenous companies are not enjoying the tax waivers available to the international companies in the industry, and called for this discrimination to cease.

The Minister for Gender Hon. Otiko Afisa Djaba was in the House earlier to answer questions relating to her Ministry.

Answering question from Hon Laadi Ayii Ayanmba, Member for Pusiga on whether homes for the elderly have geriatrics, she indicated that the Ministry has developed several policies aimed at promoting and protecting the rights of the vulnerable and excluded in the society; including the Child and Family Welfare Policy, the Human Trafficking Act, the Disability Act, the National Gender Policy, the ageing and Social Protection Policies among others.

She however decried the fact that there are only two (2) geriatric doctors in the whole of Ghana, adding that the Ministry aims at advocating for the training of more geriatric doctors to serve Ghana’s ageing population.

The House was adjourned to Friday 26th of January, 2018 at 9 O’clock in the forenoon. 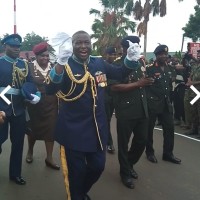 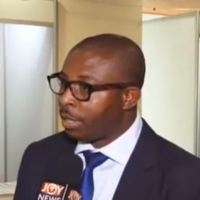