Contrary to media reports and allegations that there are some criminals and inhumane treatments to illegal immigrants in the immigration process in Libya, the Ministry of Foreign Affairs of Libya has disclosed that, there is an ongoing investigation by the concerned Libyan authorities to address the situation.

Addressing the media at a press conference in Accra, the  Libyan Charge d’ Affairs to Ghana, His Excellency Salah Al Kony,  has indicated that, should the said allegations be true , all those involved in these heinous crimes will be punished and  prosecuted  by the law.

He expressed the Ministry’s rejection and denunciation of such inhumane actions which according to him are contrary to the culture and heritage of the Libyan people.

He reiterated the Ministry’s commitment to the provision of the charter of the United Nations.

This, He said, the Ministry will implement its national laws and legislation which will criminalize human trafficking, slavery and servitude.

“At a time when Libya is well aware of its been  targeted by some regional parties to make it a breeding ground for immigrants,  superficial and useless solutions is hampering its efforts to eliminate this criminal activities”. He noted.

He called on the International community to endeavor in spirit of responsibility and joint cooperation to assist Libya in confronting this imminent threat to its social and cultural heritage.

He further called for adoption of effective measures to streamline migration rather than exploiting such unfortunate events to put Libya’s name into disrepute, in order to cover up inability to deal with the phenomenon so as to achieve gains that are imaginary contrary to the truth.

While it affirms the stands of the government and people of the state of Libya against these inhuman actions, he said the Ministry has for many years advocated for effective policies in dealing with these phenomena by supporting institutional capacity-building and enterprise development in the country, to eliminate illegal migration, smuggling of migrants and trafficking in human beings as stated in the Tripoli joint Declaration {Africa and European Union} in 2006.

This, He further called on its regional, International partners and friends to cooperate positively and constructively in addressing these negative phenomena with responsibility, wisdom and courage.

However, this Reporter in an interview with some youth who have lived in Libya for the past eight years, revealed that most of the criminal activities in Libya are been perpetrated by the foreigners.

They further disclosed that, most of the blacks have formed a gang (rebel groups) which uses to kidnap their fellow blacks for money.

This, according to them normally compelled the police to intervene which some time results in an exchange of gunshots.

They mentioned Tripoli, Bil’ walid a village near Tripoli, and Sabal down town as some of locations were most of this criminals are based and perpetrate with impunity.

They added that, most of the video tapes and pictures which is been speculated recently in the public domain are old videos and picture which were perpetrated by rebels in the said regions.

They therefore called on the public to disregard it, as it is a way to tarnish the image of the Libyan people. 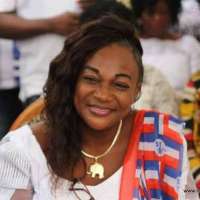