The residents of Ahenema Kokoben electoral area in Atwima Kwawoma district in the Ashanti region, today have express their grievances over the lack of market structure in the community.

According to the Committee Member on behalf of the women wing, Ahenema Kokoben is the biggest community in the district, but lacks infrastructural development including market facility.

This lacking facility has become an intense problem for the people in the community, moving from one place to the other to buy food stuffs and other items.

Hon. Prince Owusu Ansah who is the Assemblyman of the area, also commented on the issue which he said it’s the major hindrance to the development of the community.

He added that, apart from the market being the main hindrance ,there are other problems in the community which is severe to be addressed by the resources of the community.

Meanwhile, some of the pupil in the community study under trees and indescent places that are not so condusive for learning, which seems to be eyesore and shameful.

Hon. Prince Owusu Ansah therefore appealed to the government to come to their aid in order to help rectify these problems for the well being of the people. 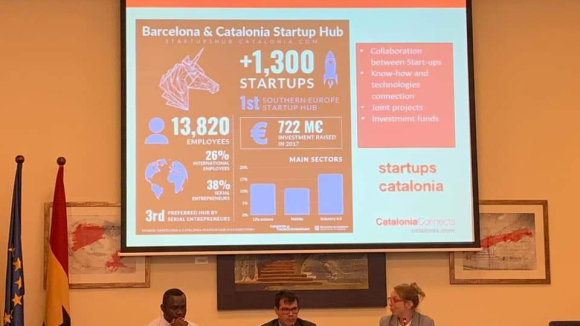 The Presidential support programme, NEIP has entered into a partnership agreement with the Barcelona Tech City to provide an exchange business programme  for young Read More