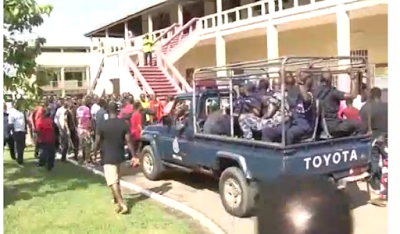 The NPP Action Troopers Security Group has condemned attacks on Ashanti Regional Security Cordinator on Friday, by a group called the Delta Force.

According the leader of the group Yaw Twum, the decision to storm the premises of RESEC to forcibly eject Regional Security Cordinator was uncalled for, adding that those involved must respect the decision by the party authorities.

Speaking at a news conference, Mr Twum advised all and sandry to exercise restraints while President Akufo-Addo is busily constituting his government, adding such act will damage the party’s image.

A vigilante group believed to be affiliated with the governing New Patriotic Party (NPP), Delta Force on Friday morning stormed the premises of the Ashanti Regional Coordinating Council, demanding the removal of the Regional Security Coordinator, George Adjei.

The rowdy group destroyed some properties and forced the Security Coordinator out of his office.

Mr. George Adjei was recently appointed by President Akufo-Addo, but the group has indicated that they cannot work with him because he did not contribute to the party’s electoral success.

The Regional NPP security organizer, Kwadwo Bamba who led the angry group to the premises of the Council said “we cannot work with him, where was he when we were struggling for the party to come into power?”

They said they want one of  their own to be named the Regional Security Coordinator.

The timely intervention of personnel from the Ghana Police Service saved Mr. Adjei from further attacks. 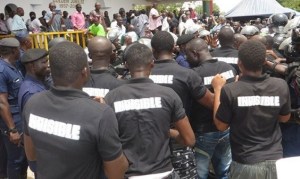