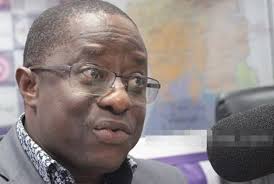 The minister designate for Lands and Natural resources Mr. Peter Amewu has hinted that as part of NPP government’s policy, 20% of mining royalties would be given to mining communities instead of the previous 10%.

Mr. Amewu said this at the commissioning of the resettlement project at the Edikan mine in Ayanfuri.

Reiterating that, the policy of the government of Nana Addo is to ensure that mining communities receive a higher share of mining royalties,which was why government was committed in reducing its current share of 80% to 70%, adding the 10% to double the community share.

Mr.Amewu promised to be environmentally conscious in granting mining leases when approved by Parliament in order to ensure protection of the environment and its biodiversity.

Additionally, the ministry would ensure that mineral revenues were efficiently managed for the benefit of Ghanaians.

The minister designate hinted of the enactment of a Consolidated Mineral Revenue Management Law,similar to the petroleum Revenue Management Act 2011(Act 815),to guide the use of mineral revenues in strategic sectors of the economy.

He assured the youths engaged in Small Scale Mining in restructuring of the sector, so that activities could take place within guidelines set up under the appropriate regulations,adding,it would enable small scale miners to work and earn their livelihoods in a regulated secure and lawful environment.

He commended Perseus Mining(Ghana) Ltd for creating over 2,340 jobs out of which 899 were from the local communities, and the housing project,and also urged them to continue such Cooperate Social Responsibilities to ensure progress and development in their operating communities.

Additionally,the company has contributed Ghc 3.9 million from 2011 to date into ” Edikan Trust Fund to be used by the community to undertake projects they have selected, whilst,US$300,000
is paid annually into the fund.

He said the fund has also provided financial assistance to support 82 students studying in tertiary and second cycle institutions.

He emphasized that the 201 housing unit including 187 houses,12 institutional buildings including two schools, three churches, a 13 unit commercial facility, a community center,and yet to be built Chief’s Palace,and Police Post handed over to the Ayanfuri community as part of the phase 1 resettlement package programme has cost the company about GHc 120 million. 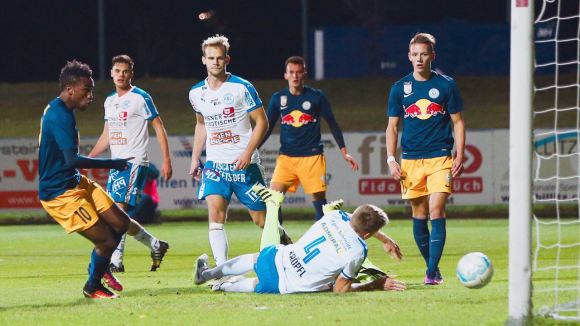 Here are some exciting photos of Ghana striker Samuel Tetteh, as he celebrates with teammates after scoring a brace for FC Liefering in their 5-1 win at Floridsdorfer AC on Read More