Ghana’s Black Stars will face off against their Malian counterparts in their second group game at the ongoing Africa Cup of Nations in Gabon.

Ghana recorded a narrow victory over Uganda in their opening game courtesy a first half penalty from deputy skipper Andre Ayew.

Mali failed to capitalise on their dominant performance against Egypt drawing goalie’s with the 7 time champions consequently.

Ahead of the game on Saturday at 16:00 GMT, Empire FM’s Michael Asare Boadu has compiled the following statistics and information.

A careful read will expose the reader to all that there’s to know about the fixture Ghana vs Mali especially at the Africa Cup of Nations..

The Black Stars have not conceded in their last 8 second group games at the AFCON.

While drawn in Group D, Ghana holds a perfect record of 5 wins in 5 second group games at the AFCON.

Ghana has never lost to Mali in the group stage match at the AFCON. The two have met twice all ending in victories for the Black Stars (2012 & 2013).

Ghana has kept consecutive clean sheets in their last 8 AFCON second group matches…a trend that spans close to over 17 years.

Only once has Ghana scored more than 2 in a second group game at the AFCON…that was 52 years ago in a 4-1 trouncing of Ivory Coast.
MALI’S 2ND GROUP GAMES:

Mali has won just one of their 9 second group games at the AFCON.. That came in a 3-1 win against Burkina Faso.

The Eagles have managed just one goal in their last 5 second group games.

Mali has conceded at least a goal in their last 4 games played at this stage of the AFCON tournament failing to keep a clean sheet in none.

They have never beaten Ghana in a group stage game at the AFCON.
GHANA- 21st AFCON appearance..only bettered by Egypt (23) and Ivory Coast (22).

In all there have been 1230 matches played at the AFCON after Thursday’s Group B games.

A total of 1617 goals have been scored during this period.

The highest scoring country in the competition is Egypt with 154 goals scored in 91 matches.

Ghana’s 51 wins at the AFCON draws her level with Egypt making the two, the countries with most wins in the matches played at the competition.

The Black Stars have scored 122 goals (the third highest scoring country) in this period while conceding 74.

Retired Ghana attacker Osei Kofi and current players Asamoah Gyan & Andre Ayew are the country’s top scorers at the AFCON with 7 goals each.

Both Gyan and Ayew can however set a new record with a goal against Mali which will take their overall tallies to 8.

Wakaso Mubarak has 5 goals and and can equal Abedi Pele (6) as Ghana’s second top scorer at the AFCON with a goal on Saturday against Mali.

Other ex Ghana internationals, George Alhassan and Wilberforce Mfum have 6 goals at the AFCON

Ghana is still chasing her fifth AFCON crown and none of the current Black Stars players were born then when the 4th title was clinched in 1982.

MALI:
Mali is making her 10th appearance in the competition and will play game number 45 versus Ghana.

They have scored 54 goals and conceded 59 within this period.

Their best ever performance was in their debut appearance in 1972 where they placed second.

None of the players in their squad were born then.

22 matches have been played between the 2 sides since their first meeting in a friendly in August 1960.

Ghana, then an emerging force in African football trashed their Malian counterparts 4-1.

The next three meetings between the two were friendly games until their first competitive fixture took place on December 31,1974.

The game was an AFCON 1976 qualifier which the Black Stars won heavily by 4-0…though they lost the reverse encounter by 1-3.

In all 22 matches played, Ghana has the upper hand with 10 wins as against the 5 won by Mali.

The remaining 7 have ended in draws.

The last drawn game between the two sides was in their last game played in a friendly in March 2015 which ended 1-1.

Saturday’s Group D clash will be the 5th time the two have met in a final AFCON tournament.

Ghana and Mali have won two apiece with no drawn games.

Interestingly Ghana has won all two group games the two have played at the group stages while Mali also got the better of the Black Stars in the two 3rd place play offs in the same competitions (2012 & 2013).
THE COACHES:

The two coaches, Avram Grant and Alain Giresse have met twice previously and this will be their third meeting.

The first was in an AFCON 2015 group opener when Giresse led Senegal to beat Ghana 2-1.

The other game was in a friendly match played between Ghana and Mali in Paris.

The game ended 1-1 after a Bakary Sako goal cancelled out an earlier strike from Emmanuel Agyemang Badu.

That game was in March 2015 following Ghana’s second place finish at the African Cup of Nations.

Grant will be in charge of his 8th AFCON match as Black Stars coach.

His side has managed consecutive clean sheets in their last 4 AFCON matches.

He is unbeaten in his last 6 AFCON games after losing the opening group match in 2015 against Senegal by 2-1.

As Gabon coach in June 2008, he lost one and won the other of two world cup 2010 qualifiers against the Black Stars.

Giresse’s next meeting with the Black Stars will be at the AFCON 2012 when he was coach of Mali.

His side was beaten 2-0 in the group stage but they got their revenge, winning by the same result against Ghana in the third place playoff.

Overall he has faced Ghana 6 times as a coach, winning 3, losing 2 and drawing 1. 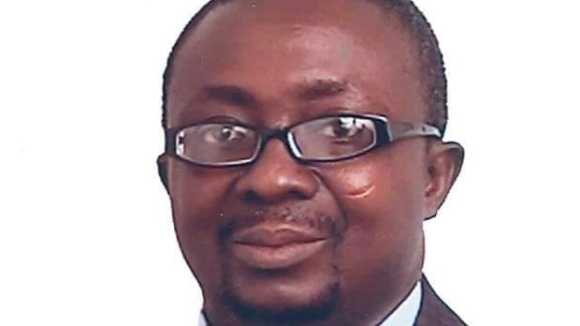 Member of Parliament for Sunyani East, Hon. Kwasi Ameyaw-Cheremeh, has disclosed that the ECOWAS Parliament is faced with numerous challenges, which makes its operations Read More