In 2017, Ghana will celebrate 60 years of independence.

We were the first sub-Saharan African people to achieve independence and, at many stages during the past six decades, Ghana has been praised as a trailblazer for success in Africa.

Unfortunately, Ghana has often flattered only to deceive. After many years of political upheaval, we have enjoyed stability under a multi-party constitutional government since 1992. In 2000, Ghana made history again with its first peaceful change of government through the ballot box.

I served as foreign minister in that government, led by President John A. Kufuor, between 2001 and 2008.

At that time, Ghana was proof that it was possible for a peaceful transition of power from one party to another through the ballot box in Africa.

Our government inherited a desperate economic situation and President Kufuor took the politically difficult but brave decision to opt for the Highly Indebted Poor Country (HIPC) Initiative—a status indicating high levels of poverty and making the country a candidate for special assistance from the International Monetary Fund (IMF) and the World Bank.

By 2006, we had not only emerged from HIPC status, but Ghana was making waves on the international scene—our economy recovered and we had weaned ourselves from IMF and World Bank supervision.

We had proved we could manage our affairs and were economically independent.

When oil was discovered in commercial quantities offshore in 2007, it was hoped that Ghana was ready to leave the ranks of the perennially poor countries.

In 2007, for the first time ever in our history, an independent Ghana went to the capital money market and raised money for critically-needed infrastructure developments.

By 2008, Ghana had enjoyed years of steady growth and democratic consolidation. President Kufuor had invested in education, healthcare, infrastructure and services for our people.

Ghana was a bastion of stability in West Africa.

As President Kuffour prepared to retire, the then opposition National Democratic Congress (NDC) rolled out a clever catchphrase during the 2008 elections:

“Where’s the money in your pockets?” Their campaign, fronted by then vice-presidential candidate John Mahama, was based on the premise that macroeconomic stability did not matter; infrastructure development did not matter; the establishment of a National Health Insurance Scheme did not matter;

Ghana halving poverty did not matter; Ghana becoming one of the first countries to meet the stringent conditions of the United States Millennium Challenge Account and signing for a $500 million grant for infrastructure development in 2006 did not matter.

The dramatic financial crisis in 2008, coupled with the drastic rise in oil prices, hurt economies across the globe, and the appeal of “We shall put money in your pockets” saw the NDC’s presidential candidate John Atta Mills win the election by a margin of less than 1 percent.

I was the presidential candidate of the-then governing party, the New Patriotic Party (NPP), and I conceded defeat.

Again, Ghana was the toast of the world and the newly-elected U.S. President Barack Obama came to our country to cheer us on in 2009. 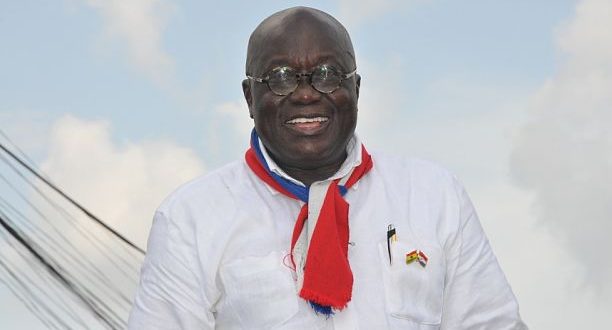 In other words, when the NPP left office in 2009, Ghana was doing well.

We started producing oil in 2010 and our traditional commodities of cocoa and gold were performing well on the markets.

However, many things stalled and by 2012, as we approached elections, Ghana was having economic difficulties : real GDP growth dropped from 14 percent in 2011 to 8 percent in 2012, and the fiscal deficit increased from -4 percent to -11.6 percent in the same period due to unbudgeted election-year spending.

President Atta-Mills passed away suddenly five months before the elections in December 2012 and was succeeded by his vice-president, John Mahama.

In order to retain the presidency in the elections, President Mahama went on a dramatic four-month spending spree that tipped the current account deficit into the double-digit zone.

He managed a disputed slim electoral victory but the consequences have stayed with us. My party went to court to contest the election results and, as our presidential candidate, I accepted the 5-4 Supreme Court ruling in favor of the result and we maintained the peace of our nation.

The country is peaceful but under President Mahama there are no economic dividends.

Youth unemployment has reached alarming levels—the World Bank said in May that 48 percent of Ghanaian youths are unemployed—and is the greatest threat to our country.

The government has been on a borrowing binge that, if not stopped, will impoverish our nation and its people.

Nobody would question borrowing to invest, but the IMF’s managing director Christine Lagarde has said that Ghana’s large borrowing was not generally used for investments, but was instead used to finance large recurrent spending.

The Mahama government has abandoned all transparency in procurement and big national projects are contracted out without any competitive bidding.

There are open accusations of corruption in government that have not been properly addressed.

The 2016 Mo Ibrahim Index on African Governance cited Ghana as one of the two worst deteriorations in governance in the last decade among African countries.

Ghana’s economic growth rate topped 14 percent in 2011, but collapsed to under 4 percent in 2014, driven by a sharp contraction in the industrial and service sectors.

The best way to describe the current economic situation in Ghana is one of wasted opportunities. The IMF predicts that our GDP growth in 2016 will be 3.3 percent, the lowest since 1994.

Our GDP growth this year will be the lowest it has been since 1994. National borrowing and spending are so out of control that lenders no longer consider us a good risk.

We are again dependent on payouts from the IMF, and negotiating national policies and reforms with foreign institutions.

Foreign investors have been discouraged by the unstable economic conditions, and by the electricity crisis that has left Ghana with shortages and outages.

We go to the polls to elect members of parliament and the president of the republic on December 7. I am honored to be the presidential candidate for my party, the NPP.

We are presenting the country with a manifesto of fully costed programmes that we term, “An Agenda for Jobs.”

We are hoping to win the forthcoming elections and are determined to do things differently to be able to give our country a solid and sustainable change for the better.

After 60 years, we have run out of excuses for our poverty and slow rate of development.

My party is committed to the establishment of the office of a public prosecutor to reassure Ghanaians that decisions about prosecutions are removed from political considerations.

Mahama’s government has mortgaged our future.

The NDC government has borrowed heavily against our future to increase spending, but none of it has strengthened our economy, our well-being, or our regional or global standing.

As attention to African markets expands, we find ourselves competing with other nations we used to outrank.

But the good news is that, after eight years, the people of Ghana are looking for change.

How Ghana manages its oil wealth will determine how we are viewed by the world.

But more importantly, it will determine what our people think of our nation. On December 7, Ghana has the opportunity to restore hope and set the country on the path of prosperity. 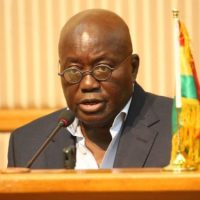