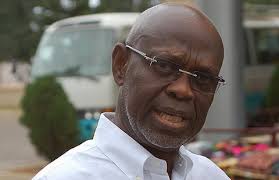 According to the Chairman of the Commission, the plan must be incorporated into the political parties’ manifestos to ensure the country’s set development targets are met in spite of political transitions.

Speaking with Newslinegh, Mr Botchwey said there is the need to find ways of entrenching the work of the planning commission to be binding on all political parties such that all governments will consider it in planning for the development of the country.

“Ways should be found for entrenching the role and binding the work of the planning commission so that the (national development) plan will be secured from the vicissitudes of the political transitions… it is more of a matter that Civil Society buys into the plan and is so convinced about its merits that they will hopefully politically punish those political parties that stray from the vision,” he said.

He attributed the slow pace of the implementation of the plan to the over-reliance on political party manifestos by successive governments.

He noted that the country is better placed to achieve most of its developmental goals if it focuses more on the national development plan, rather than their individual manifestos.

According to Dr Kwesi Botchwey, Ghana’s Electoral Commission (EC) is credible and efficient considering how it has managed to address all the challenges including court actions brought against it in the run up to this year’s general elections.

“The fact that the Commission is managing these challenges and at the same time attending to the business of preparing for the elections, I think speaks to the strength of that institution we created,” he said.

“We are often in a rush as a people to just run down every institution that we create. The important thing is that we have an institution that allows the Commission to do its work in accordance with its laws and also allow the citizenry without hindrance to go to court when they please,” he added.

0 comments on “National dev’t plan must not be Ignored – Dr. Kwesi Botchwey”