Dee J describes the new banger as “the jam for the party”; as he collaborates with young Ghanaian  Vocalist Kay Spunky.

The Madina based artiste believes that Body Language is ready to be consumed and enjoyed by music lovers and its well-arranged production will leave fans wanting more.

He again revealed that Body Language, which is one of his best collaborations for the year 2016; was produced by Mr. B. 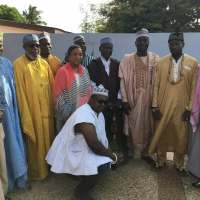