…After Reports of Phones Catching Fire

Smartphone giant Samsung said it would be stopping sales of its Galaxy Note7 phablet in a statement issued on Friday morning, and would “voluntarily replace” all customers’ devices.

The move comes after users on social media reported that the large-screened smartphone caught fire during charging. The phone was only released on Aug. 19.

In a news conference in Seoul on Friday, the president of Samsung’s mobile business Koh Dong-jin told reporters: “We have received several reports of battery explosions on the Note 7. 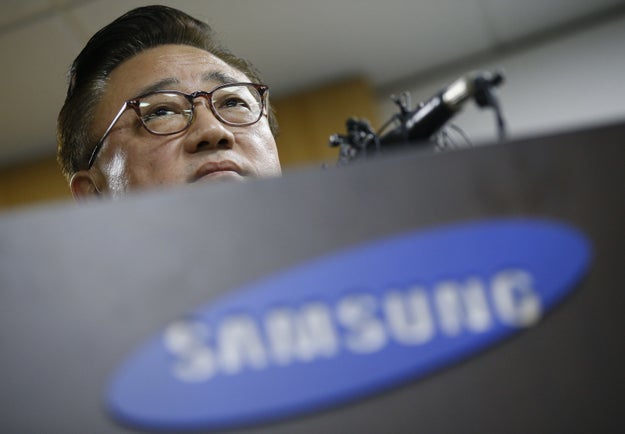 “It has been confirmed that it was a battery cell problem. There was a tiny problem in the manufacturing process so it was very difficult to find out.” He also offered his “deep apologies” to customers.

YouTube user Ariel Gonzalez had posted a video of a severely damaged phone earlier this week, which has been viewed over 220,000 times at the time of publishing.

Other images of fire-damaged Galaxy Note7 devices were shared on South Korean social network Kakao Story on Tuesday, according to BBC News.

Samsung’s statement on the issue can be found below:

Samsung is committed to producing the highest quality products and we take every incident report from our valued customers very seriously. In response to recently reported cases of the new Galaxy Note7, we conducted a thorough investigation and found a battery cell issue.

To date (as of September 1) there have been 35 cases that have been reported globally and we are currently conducting a thorough inspection with our suppliers to identify possible affected batteries in the market. However, because our customers’ safety is an absolute priority at Samsung, we have stopped sales of the Galaxy Note7.

For customers who already have Galaxy Note7 devices, we will voluntarily replace their current device with a new one over the coming weeks.

We acknowledge the inconvenience this may cause in the market but this is to ensure that Samsung continues to deliver the highest quality products to our customers. We are working closely with our partners to ensure the replacement experience is as convenient and efficient as possible.

By: Francis Whittaker, an overnight homepage editor based in London.